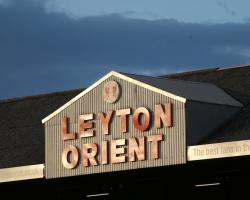 A statement on the club's website read: "The club can confirm they have accepted the resignation of Danny Webb from his post as first team manager

"Webb took over the job on January 29, picking up two wins from his 12 games in charge, but leaves the club with immediate effect along with goalkeeper coach Martin Brennan.

"Omer Riza will take over duties of first team manager until the end of the season, and his first game in charge will be Saturday's home Sky Bet League Two game against Wycombe Wanderers

He's very determined to make sure that the team finishes the season strong and he's looking forward for the challenge."