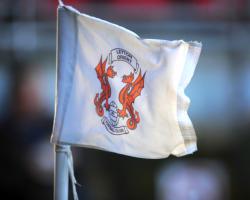 Controversial owner Francesco Becchetti was given until Monday to pay off debts or sell the club following a previous hearing in March.

Another judge had examined the case in March.

Bosses at an events management firm had told Registrar Briggs they were owed about ÃÂ£18,000.

He had said he would adjourn Central Circle Event Management's application after hearing of plans to inject ÃÂ£1million into the O's.

Fans were pleased that winding-up bids had been dismissed but said more problems could be around the corner.

Mat Roper, a board member at the Leyton Orient Fans' Trust, said: "We know that there are a number of creditors and individuals who are still owed money.

"We could well be back again in a few weeks."

He added: "It's a long, hard road being an Orient fan."

Roper said many fans wanted Becchetti to sell the club.

"Since then it has been a catalogue of problems."