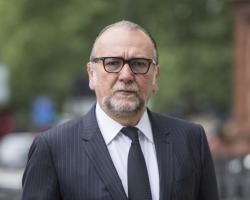 Orient appear to be heading for the National League after another season of turbulence, with players fighting to receive their March salaries.

The club are facing a winding-up petition, adjourned last month, with protests continuing against absent owner Francesco Becchetti who has enraged fans with a string of decisions and comments.

And, as the club's fifth manager of the season, Omer Riza, looks to stop a run of six straight losses at Luton on Friday, more chaos has emerged.

The Leyton Orient Fans' Trust (LOFT) said on Thursday it had been asked to cover the club's medical bill, saying the question had been asked by the English Football League via the club.

Press Association Sport has been told there is a concern as to who will pay the bill for Monday's clash at home to Hartlepool.

Orient are 10 points adrift of safety with five games remaining and could find themselves relegated over the weekend - two years after losing the League One play-off final to Rotherham.