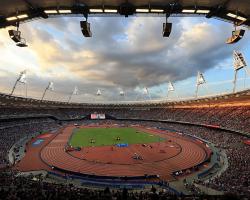 Leyton Orient 0-2 Preston: Match Report - view commentary, squad, and statistics of the game as it happened.North End in seventh heavenGoals from Callum Robinson and Paul Huntington earned Preston a 2-0 win at Leyton Orient and their seventh consecutive League One victory.It left Orient still seeking their first league home win of the season and the defeat meant a disappointing start to the managerial career of Mauro Milanese, who was appointed boss of the East London club on Monday.The deadlock was broken after 19 minutes when Chris Humphrey sent in a tantalising cross and Robinson slid in to score from close range.The O's responded positively and the visitors were indebted to former goalkeeper Jamie Jones for protecting their lead five minutes before the interval when he produced a superb double save.Jobi McAnuff opened up the North End defence feeding a pass into Jay Simpson whose shot was blocked by Jones

The ball then rebounded to Gianvito Plasmati but the new Italian signing was denied a debut goal when Jones spread himself to somehow keep the ball out.Although the home side worked hard in the second half, they failed to find the creativeness needed to threaten the visitors who settled the issue 15 minutes from time.O's keeper Gary Woods changed his mind about coming to meet a free-kick, allowing substitute Tom Clarke to head the ball back into a crowded goal where Huntington got the vial touch to poke the ball into the net